Family Traditions — Creating the Best Holiday Ever; 20 Family Members Dressed Head to Toe in Orange Plus 50 Stuffed Monkeys Is a Good Start “Don’t get shot with your pants down! By using…Blaze Orange toilet paper instead of standard white TP, you let other deer hunters know you’re not Bambi’s white flashing tail.”

Our craziest family traditions started innocently enough. One year we couldn’t make it to Seattle to visit my wife’s family for Christmas. My parents were concerned that Mia would be disappointed, so they visited us for Christmas, and my brother and his family came as well. That was awesome, and a holiday visit to our house around Christmas became a tradition. Despite my mom’s objection that we sounded like a terrorist organization, we called our holiday Hanumas because we were celebrating Hanukkah and Christmas.

Apparently, I wore the same orange fleece top to Hanumas three years in a row. Although I didn’t notice, everyone else did.  It was a big joke that third year and I was teased about it at other family events throughout the year.

That led me to give everyone orange fleeces at the following year’s Hanumas. I also declared that in the future everyone had to wear at least one piece of orange to Hanumas. We started slowly, with some orange shirts and hats, but over the years, things progressed nicely.

My brother found orange pants and got a pair for every guy. My parents got everyone orange socks, and eventually there were wigs, jewelry, crazy hats, nail polish and more. At this point we have two entire closets filled with Hanumas gear – orange lights, a giant orange tree, decorations, plates, cups, serving trays, placemats and so on.  Monkeys became the mascot of our holiday, so we also have monkeys and monkey items all over the house during the holiday season. Many of those monkeys don orange headbands, tops and wristbands. 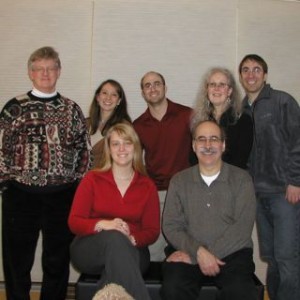 Some years we sent out crazy postcards announcing Hanumas. Our annual holiday cards to friends and family became “Hanumas cards,” and we started having friends over the night before Hanumas for “Hanumas Eve.”

– We craft or cook every year, creating placemats or cups we’ll use in future years, building gingerbread houses, decorating cookies and so forth.

– One early year my mom cooked a dessert that leaked all over my brother’s pants on the drive to our house. Rob claimed it was because the dessert was too watery and my mom complained it was because Rob ruined her dessert in the car. The rest of us just made fun of Rob looking like he peed his pants. This led to Rob, who can’t cook, declaring he would make a dessert every year. He’s kept his promise. His desserts are usually nasty (and before our oldest niece could understand, always looked like poop — see photos below), but God bless my dad who eats his entire portion every year and claims it’s delicious. 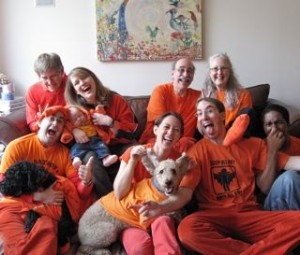 – We do a gag gift exchange, which has gotten much tamer since our kids got older. My favorite was when our prim and proper Chinese Au Pair, who had been in the U.S. for only two months and spoke minimal English, wound up with a pouch. It was hilarious when she finally understood a relative’s explanation that it was a kangaroo scrotum that a family member picked up in Australia. I can only imagine what she told her family back home about crazy American holidays and family traditions.

– We take a family photo every year. One is “normal” and in one we all make “crazy faces.” At our celebration we put all the photos up for display, which makes for great conversation and laughs. It’s also a great record of our changing family. 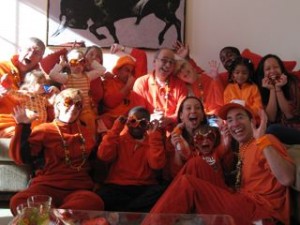 – My brother and his wife created their own holiday–-Samunah. This one comes in the summer and is Hanumas spelled backwards. We wear all blue (the opposite of orange).

Hanumas and Samunah are fabulous family traditions. Because we can schedule them any day we want, there’s never a conflict with anyone else’s holiday schedule. Our kids love it too – no one else celebrates the orange holiday.

Perhaps it might be a bit embarrassing for some of the kids when they get older. That being said, one young relative’s girlfriend came last year, and she fully embraced the holiday spirit and our family traditions–-she actually introduced us to the orange toilet paper when she brought it as a gift.

As we get older we forget things, but I don’t think family traditions are forgotten. Family traditions are special and fun. They can be as simple as deciding that July 1 is banana split ice cream sundae for breakfast day, creating a family Olympics, having Friday be pizza night or having chocolate pancakes once a month.

By the way, the toilet paper doesn’t stain your behind. 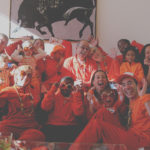 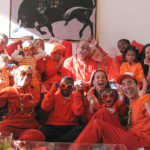