Famous Failures: 23 Stories to Inspire You to Succeed 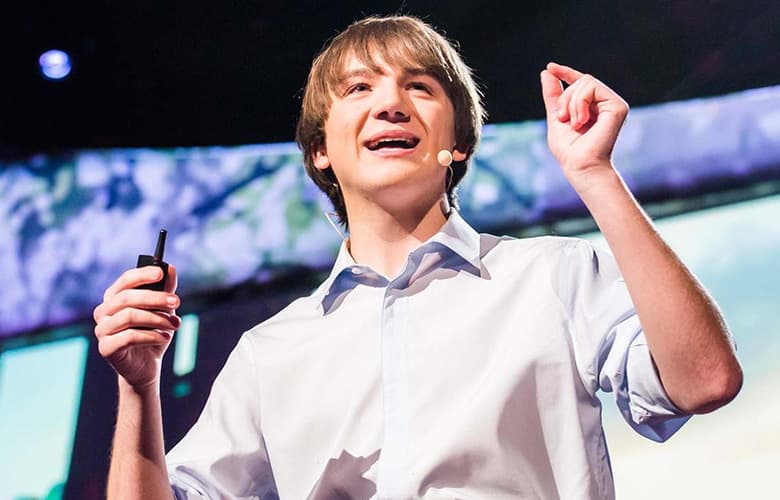 Don’t be afraid to fail. In fact, failures often lead to success. Take inspiration from both the famous failures and the lesser known failures below. All of these failures were followed by perseverance and enormous successes.

I originally compiled this list of famous failures for my entrepreneurship class. The class curriculum consists of each student starting a businesses. These famous failures were meant to give the class some comfort about failures related to their businesses and the challenges they faced as teenagers.

I hope you also find these famous failures helpful. 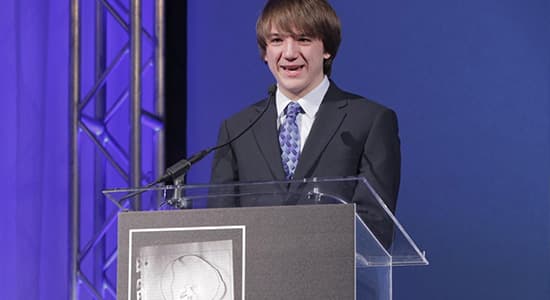 When he was 15, Jack Andraka had a crazy idea. He would create a diagnostic test for Pancreatic Cancer that was better than the tests developed by scientists, research labs and billion dollar pharmaceutical companies.

Jack wrote a proposal to develop a better test. 199 research labs rejected him. I’ll repeat that — 199 labs REJECTED him. Good thing he didn’t give up and good thing a lab finally said “Yes”. The 200th research lab — at Johns Hopkins University in Baltimore — accepted him. At the lab Jack Andraka developed a Pancreatic Cancer test 100 times better and 26,000 times less expensive than the current test. Jack’s invention will save tens of thousands of lives.

More of Jack Andraka’s story, as well as dozens of other inspiring stories about when a small act (in Jack’s case a “yes”) transforms a life, can be found in the book HumanKind: Changing the World One Small Act At a Time. “The most uplifting and life-affirming book in years.”—Forbes. Check out HumanKind. 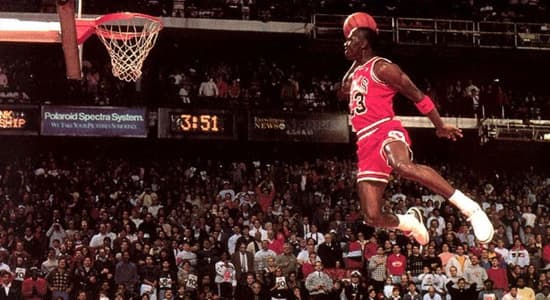 Michael Jordan, considered by many to be the greatest basketball player of all time, was devastated when he was cut from his high school varsity basketball team sophomore year. Good thing failure only inspired him to work harder.

Here’s what he said about failure:
“I have missed more than 9,000 shots in my career. I have lost almost 300 games. On 26 occasions I have been entrusted to take the game winning shot, and I missed. I have failed over and over and over again in my life. And that is why I succeed.” 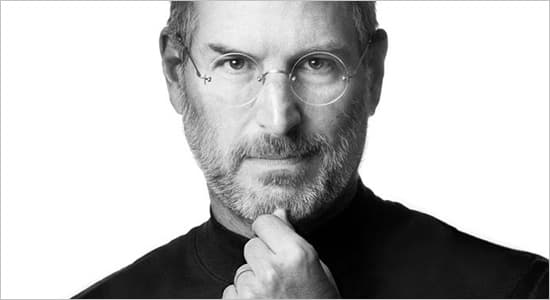 Steve Jobs was fired from the company he founded – Apple. He also failed with NeXT computer company and the Lisa computer. When Jobs returned to Apple, he led the business to become the most profitable company in the US. 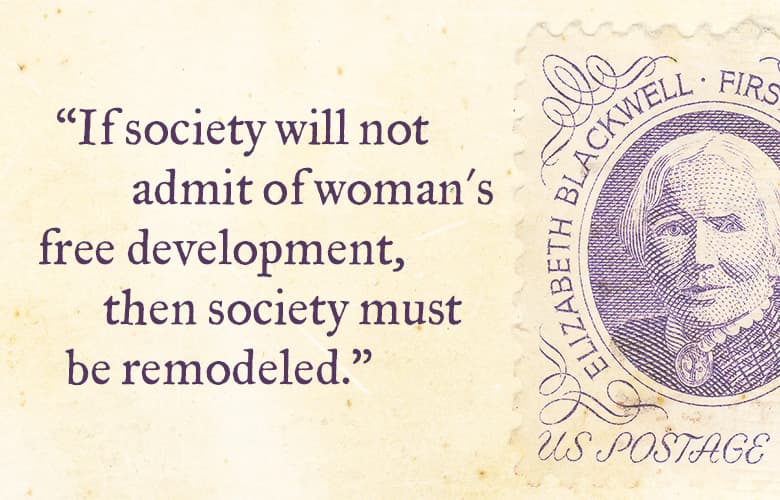 Elizabeth Blackwell was rejected from 29 medical schools. So, she went to visit the schools in person. She was told she should pretend to be a man, because women weren’t fit to receive medical schooling.

Blackwell was accepted by mistake by Hobart College (then Geneva Medical College), and she matriculated. Many MD’s refused to work with her, but she persevered and graduated.

Elizabeth Blackwell was the first woman to receive a medical degree in the U.S. (1849). She then built a medical practice, created a place where women could have medical internships (since many healthcare facilities didn’t welcome women), served impoverished families, and established the first medical college for women. 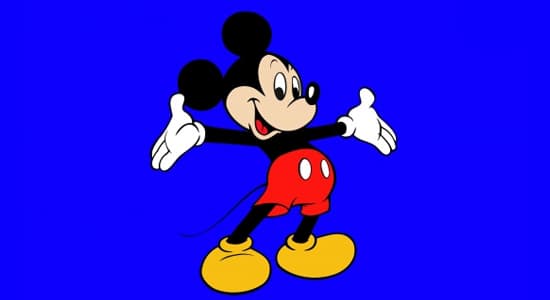 No one wanted to hire Walt Disney as an artist. In fact, he couldn’t get hired elsewhere either. So, his brother got him a temporary job. Walt’s first animation studio went bankrupt. He went on to co-found The Walt Disney Company, which had $50.1 billion in 2017 revenue. 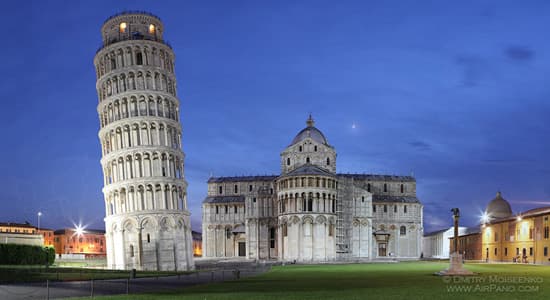 The Leaning Tower of Pisa, wasn’t supposed to be leaning, but if it were straight it probably wouldn’t be such a popular tourist attraction. 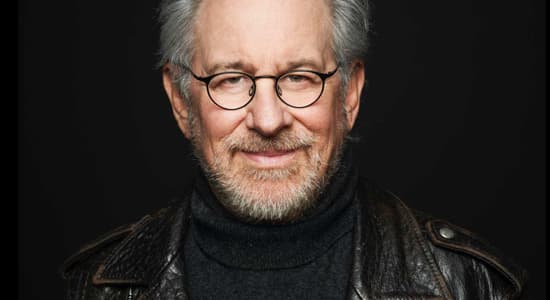 Steven Spielberg was rejected both times he applied to attend film school at University of Southern California (USC). That didn’t stop him. Spielberg has grossed $8.5 billion from films he directed.

Oh, and after Spielberg became famous, USC awarded him an honorary degree, and Spielberg later became a trustee of the university. 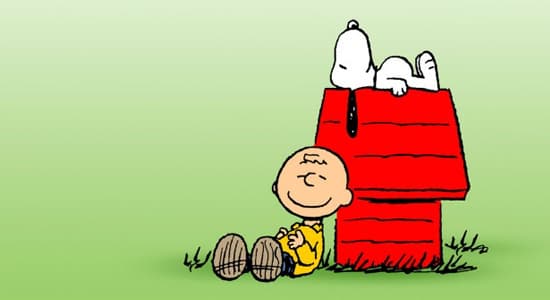 Charles Schultz’s drawings were rejected by his high school yearbook. Schultz went on to create Peanuts (featuring Snoopy and Charlie Brown). The cartoon and licensing/product revenue from Peanuts generated over $1 billion a year. The high school eventually put a statue of snoopy in the main office.

Want more positivity and inspiration in your Facebook news feed? Then please consider liking my Facebook page . You’ll get inspirational stories and a focus on the positive. (About one post a week.) Thanks! 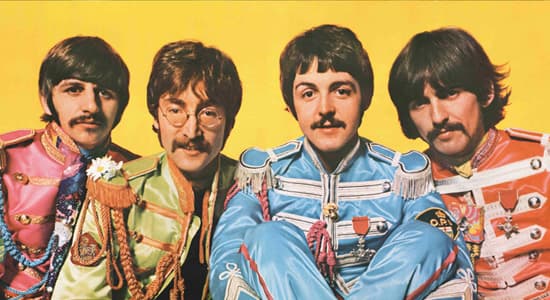 The Beatles were rejected by numerous record labels including Decca Records, which said, “guitar groups are on the way out” and “the Beatles have no future in show business.” The Beatles did wind up getting signed by a record label. The Beatles sold more singles in the UK than anyone else, and the Beatles have moved more units in the US (more than 177 million) than any other group. 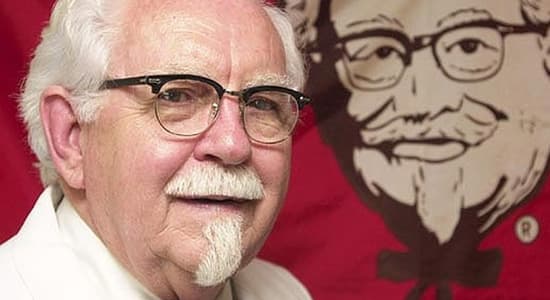 Colonel Harland Sanders was a 6th grade dropout. When he was 65, a new interstate highway diverted traffic away from his restaurant leaving Sanders with only his secret fried chicken recipe and a Social Security check. So he began selling his recipe and franchise idea. According to the news, he was rejected over 1,000 times. Then he found a partner with whom he build the KFC franchise powerhouse (over 15,000 restaurants). 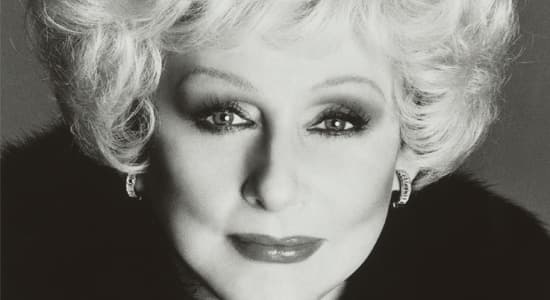 Mary Kay Ash sold books door to door while her husband served in the military. When her husband returned from duty, they divorced. Ash was left with three children at a time when divorce wasn’t acceptable.

Ash was frustrated when passed over for a promotion because she was a woman. So, she and her second husband planned a business, Mary Kay Cosmetics. One month prior to launch her husband died.

With a $5,000 investment from her oldest son, Ash launched her business. Forbes reported 2014 revenue as over $3.5 billion. 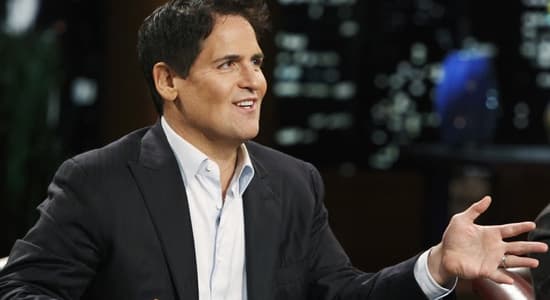 “I’ve learned that it doesn’t matter how many times you failed. You only have to be right once. I tried to sell powdered milk. I was an idiot lots of times, and I learned from them all.” Mark Cuban, Billionaire Entrepreneur. Check out these 10 important business lessons from Mark Cuban. 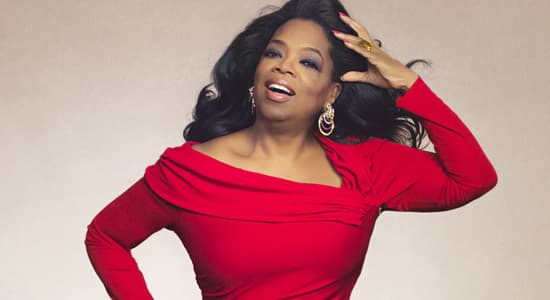 After only seven and a half months, Oprah Winfrey was fired from her job co-anchoring the 6pm news at Baltimore’s WJZ. Something about not being the right fit.

About another news job Oprah said:
“I once went back … after covering a family that had been burned out and brought them some of my blankets and stuff. And the assistant news director … told me … that if I did that again and they found out about it, I could be fired, because I was involving myself in other people’s stories. Which is true, you’re there to cover the story, not get involved in it…”

Oprah became a media billionaire, hosted the highest ranked TV show of it’s kind in history, and is an incredible philanthropist – getting involved in other people’s stories to help them. 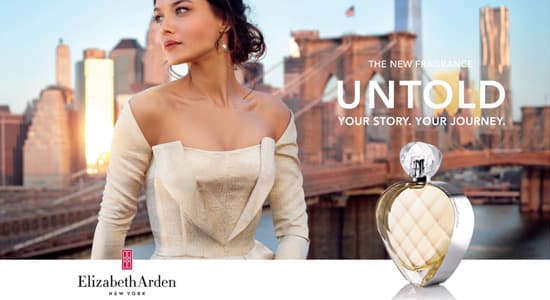 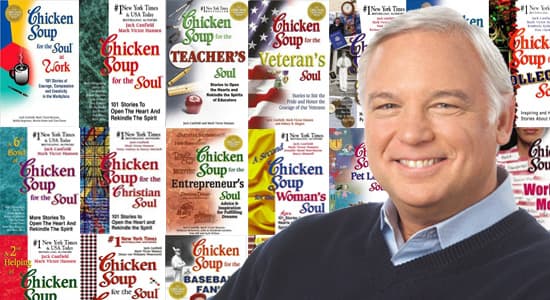 Jack Canfield was rejected 144 times before he found a publisher for his book, Chicken Soup for the Soul. When Jack told the publisher he wanted to sell 1.5 million books in the first 18 months, the publisher laughed and said he’d be lucky to sell 20,000.

Canfield’s advice:
“So the reality is that you just have to say, ‘I’m more committed to my vision than I’m committed to your doubt or my fear,’ and just go for it…” (From Conversations with Top Achievers by Woody Woodward) 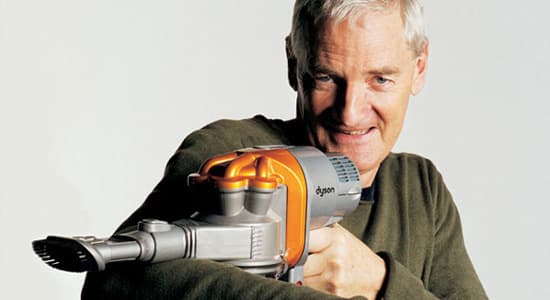 It took 5 years and 5,126 failed prototypes for James Dyson to develop the world’s first bagless vacuum cleaner. 10 years later Dyson setup his own manufacturing facility, because other manufacturers wouldn’t produce his vacuum. Now he has the best selling vacuum in the world. According to The Sunday Times, in 2017 his net worth was 7.8 Billion Pounds. 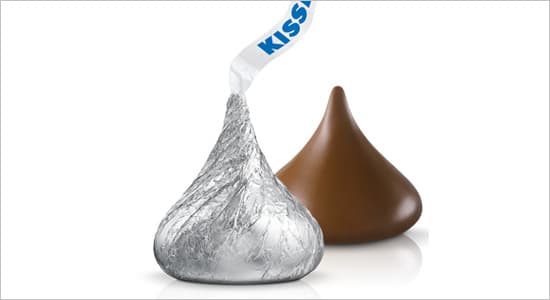 Milton Hershey’s chocolate business was his third. The first two went bankrupt. His perseverance led to enormous wealth and philanthropy. Hershey established the Milton Hershey School for at-risk children, and a foundation to provide opportunities to residents of Hershey, PA. 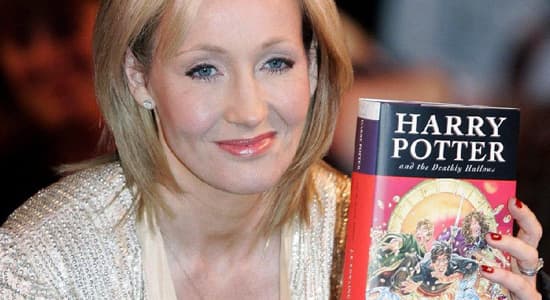 Speaking at Harvard’s graduation, J.K. Rowling spoke about failures:
“You might never fail on the scale I did,” Rowling told the new graduates. “But it is impossible to live without failing at something, unless you live so cautiously that you might as well not have lived at all—in which case, you fail by default.”

When Rowling wrote the first Harry Potter book, she was divorced, bankrupt and on welfare.

After a dozen publishers rejected her manuscript one finally agreed to publish it. But the publisher told Rowling that she needed to get a job because there’s no money in children’s books. 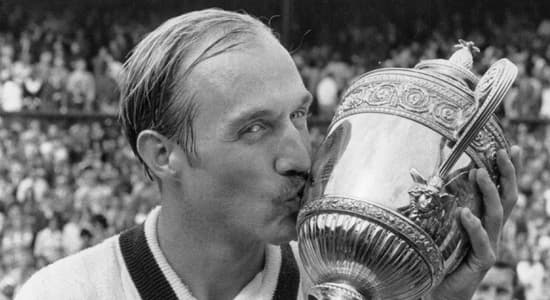 Stan wasn’t able to secure a spot as a ball boy for a Davis Cup tennis match because he was deemed too clumsy and uncoordinated. Smith went on to demonstrate his lack of coordination by winning Wimbledon, U.S. Open and eight Davis Cups. 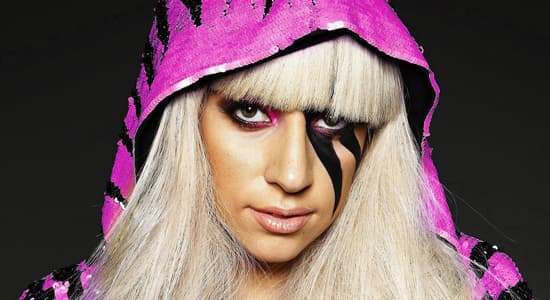 Lady Gaga was dropped by Def Jam records after only 3 months. She went on to become one of the best selling artists of all time with 6 Grammy Awards and 13 MTV Video Music Awards. She is also an activist donating money and support for natural disaster victims, LGBT rights and vulnerable youth. 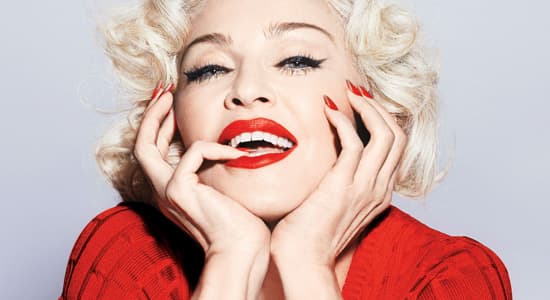 Madonna dropped out of college, moved to NYC and quickly lost jobs at Dunkin Donuts and as a hat check woman at the Russian Tea Room. She wound up supporting herself through $7 per hour nude modeling gigs.

Madonna still pushed for a career as an artist, and she succeeded. She has sold more than 300 million albums worldwide. Madonna is the best-selling female recording artist of all time. 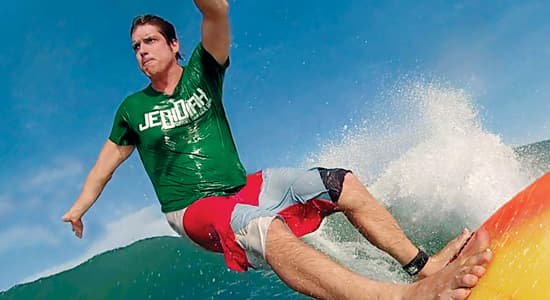 Nick Woodman’s startup, Funbug, was backed with $3.9 million from investors. Funbug failed. The $3.9 million was lost. Woodman was devastated and took an extended surfing trip.

Woodman wanted to take videos while he was surfing. That led to his next idea – cameras that made it easy for people to video while participating in activities.

Woodman and his girlfriend sold shell necklaces out of the trunk of their car to raise money for Nick’s business. They also borrowed money from Woodman’s parents. GoPro launched in 2002, and Forbes estimates Nick’s net worth is now close to $5 billion. 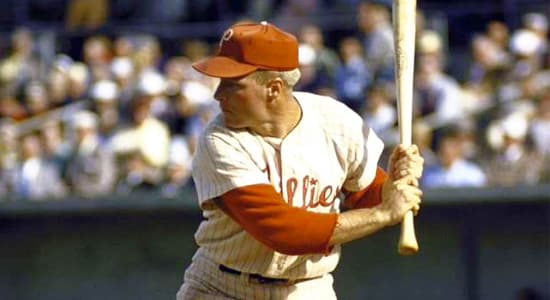 Richie Ashburn was chosen to play in the Esquire Game in New York City with other teens who had baseball talent. Richie and his family travelled from their Nebraskan town of 950 people to play. Branch Rickey, who was considered the premiere judge of baseball talent, shook Ashburn’s hand after the game and said, “Son, you should go back and do whatever it was you were going to do before you decided to be a ballplayer.”

One Hall of Fame career later, Ashburn demonstrated that it’s important to persevere. Ashburn did so well that each year the Phillies present the Richie Ashburn Special Achievement Award to “a member of the Phillies organization, and an area at the Phillies’ stadium, is named “Ashburn Alley” in his honor.

Want to be inspired by people whose lives were transformed by a single act of kindness? Check out my book, HumanKind. It’s full of heartwarming, true stories about when a small act of kindness transforms a life or has a ripple effect changing thousands of lives. (And all proceeds go to nonprofit Big Brothers Big Sisters.)

If you enjoyed this article about famous failures, you should check out this inspiring poem — Don’t be Afraid to Fail. You might also want to check out this great advice about how to achieve your goals faster.

One small deed can make a world of difference. Inspiring true stories about seemingly small acts of kindness that transform a life or thousands of lives.