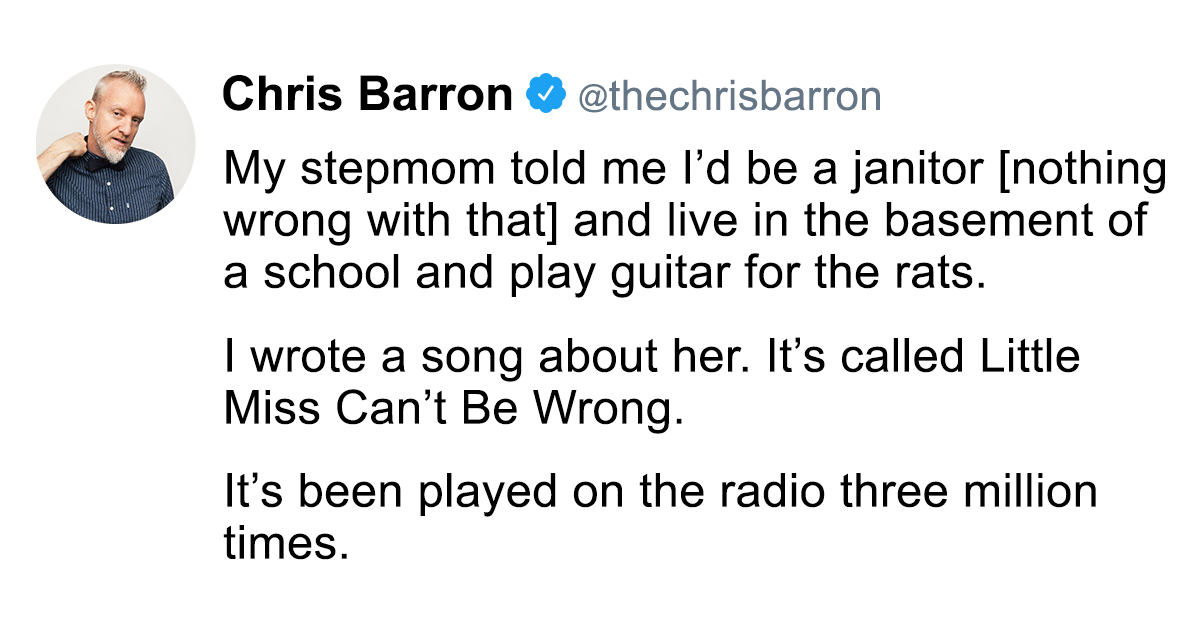 Chris Barron was working in a restaurant all day and writing songs at night when he decided to move to NY with $100 and a battered acoustic guitar. He played any gig he could find from the subways to biker bars.

He went on to become one of the founders of the rock band Spin Doctors and their lead vocalist. Their debut album, Pocket Full of Kryptonite, featured Little Miss Can’t be Wrong and went triple platinum selling over 10 million copies. The band had many more successes and was nominated for an American Music Award and a Grammy.

Barron says a pivotal moment for him was in high school when his music theory class teacher advised him to “learn the rules so that you can break them.”

If you like inspirational stories, check out these 23 Famous Failures that became successes.