Posted in: Acts of Kindness, Good Deeds, Good News, Inspirational People, Inspirational Stories
“Everybody can be great…because anybody can serve,” Martin Luther King, Jr. said. “You don’t have to have a college degree to serve. You don’t have to make your subject and verb agree to serve. You only need a heart full of grace. A soul generated by love.”

As King said, “everybody can be great.”We should never doubt that one person, following her heart and willing to make a difference can make a difference. And, often it’s the simple things and the small things that we do in our everyday lives that make the biggest difference… 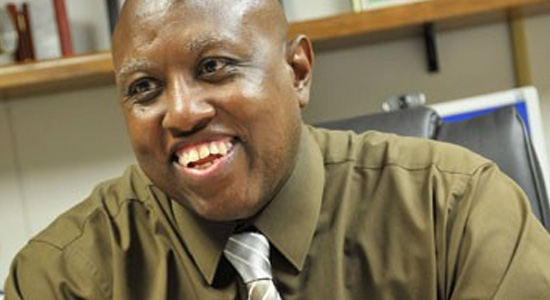 In November 2013, Gabe Sonnier was made the principal at Port Barre Elementary School in Port Barre, LA.

Sonnier’s 30-year ride from janitor to principal began in 1985 when the principal at the time, Westley Jones, told Sonnier he should be “grading papers [rather than] picking them up.”

Sonnier said no one had believed so strongly in him before, so he took Westley’s words as inspiration.

At 39 years-old Sonnier began spending all of his free time studying.

“I would come to work at like 5 in the morning and leave at 7 [am] and go to school all day and then come back and finish up my eight hours of work here, and then go home and do homework,” Sonnier told TV station KATC.

Sonnier eventually got his teaching degree, his first job as a teacher, his Master’s Degree, and now he’s the principal.

Sonnier advises others to think bigger:

“Don’t let your situation that you’re in now define what you’re going to become later. I always tell [people] it’s not where you start, it’s how you finish.”

Sonnier credits Westley Jones’ support and mentorship with inspiring him to get his dream job.

Encouragement is a powerful force. A force that Sonnier and his students are thankful for. 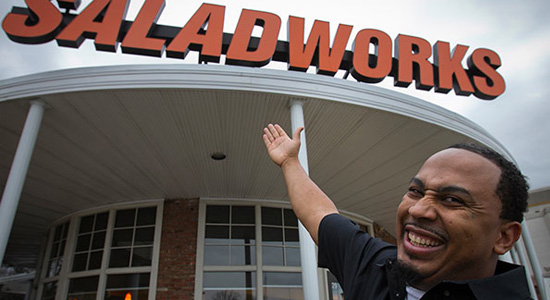 Ricardeau Scutt’s father brought him over from Haiti, because as dad said, “There are no jobs in Haiti . . . A job there is like winning the lottery.”

Unfortunately, 20-year-old Ricardeau, who spoke little English, couldn’t land a job in the U.S. either.

Dad was a taxi driver and mentioned his son’s problem to a passenger. The passenger brought Ricardeau to a Salad Works where he knew the owner. The passenger simply made an introduction. It probably took 5 minutes.

Ricardeau got a job as a dishwasher, worked his way up over time to general manager and then won his own franchise through a company contest to award a restaurant to the best general manager.

As for that stranger who took five minutes to help him get his first job, Ricardeau said, “[If I saw him again,] I’d hug him for the next five minutes and tell him, ‘Thank you for everything’…If I ever met that guy I would thank him a million times. He literally put me in the position I am.”

Click here, for ideas on how conversations with strangers can help you achieve your goals 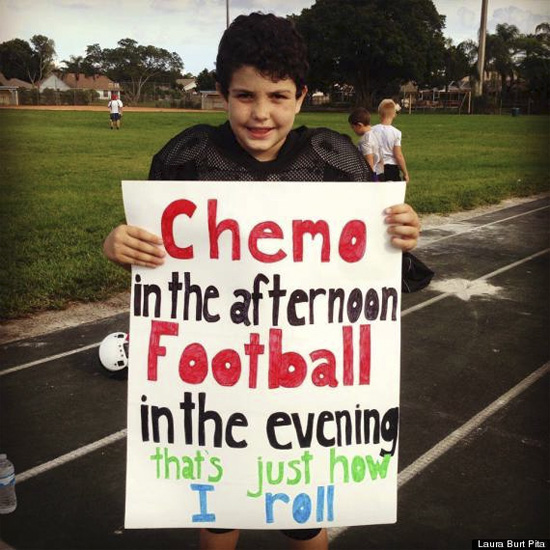 When-11 year-old Josh Pita was diagnosed with pediatric cancer, the first thing he asked was whether or not he’d live.

The second thing was if he’d be able to play football.

Josh’s mom wrote, “Fortunately, [Josh’s] surgeon took the time to get to know Josh and his love of football, and placed his port [for intravenous medical treatment] where it is protected by his shoulder pads . . . [Josh] earned the starting right tackle position….”

It’s awesome that Josh is out there playing football again and beautiful that his surgeon, Dr. Julie Long, and the doctors at Joe DiMaggio Children’s Hospital took such consideration in planning his surgery.

Josh’s parents hadn’t thought about asking for a port that would let him continue to play football. It was the doctors, who even in the face of Cancer, wanted to make sure they paid attention to what mattered to Josh. 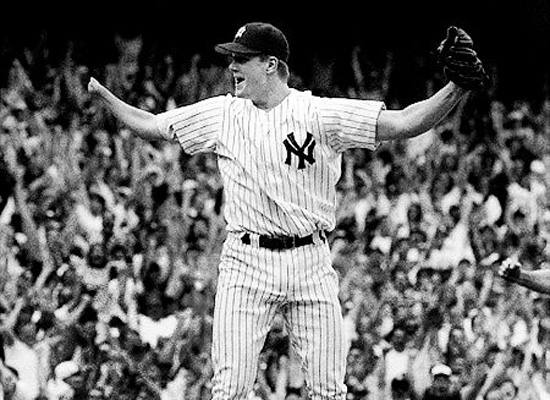 A Lesson in Shoe Tying

Jim Abbott won an Olympic gold medal, played professional baseball, pitched a no-hitter, wrote a bestselling memoir and has positively impacted the lives of thousands of people through his inspirational talks and volunteerism.

With all of that success, Jim Abbott still enthusiastically recounts how one of his greatest inspirations was one of his earliest — Don Clarkson, his third grade teacher.

Jim was born with only one hand. Jim couldn’t tie his shoes, and it humiliated him. One day Clarkson, Jim’s teacher, pulled him out of his third grade class and taught Jim to tie shoes with one hand. Jim never forgot that thoughtful act, and it inspired Jim throughout his life.

Since then, Jim has spent significant time volunteering and helping kids with physical disabilities. I bet Clarkson never knew that his seemingly small act would inspire Jim to help so many others.

Read the full story about Jim Abbott and Don Clarkson. 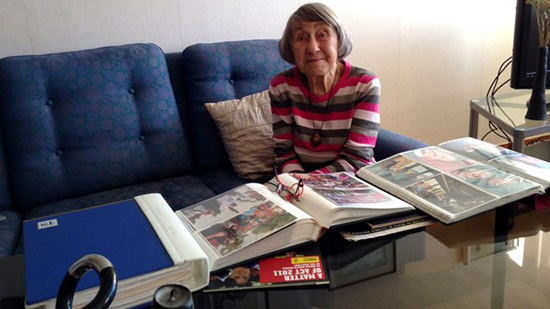 Former Swedish schoolteacher Hilde Back paid $15 per month to sponsor a young Kenyan child’s education. She made the donation without meeting the recipient. She had some extra money and believed that she should help.

Without the scholarship for education, Chris Mburu would have been destined to work in the fields and never escape poverty. Instead, the scholarship changed his life. Chris excelled in school, wound up attending Harvard and setup a nonprofit to pay for the education of other Kenyan children.

Chris petitioned the Swedish embassy to find out the name of his benefactor. When they told him, he named his charity after her – the Hilde Back Education Fund.

To date, that nonprofit has allowed over 500 children to be educated. Changing their lives and their families’ lives forever.

Read the full story about Hilde Back.

Here are some other posts that might be of interest:

94 not so Random Acts of Kindness that you can do to change other people’s lives…and your own.

Random Acts of Kindness for Kids – 24 Ideas for Raising Grateful and Kind Kids.